Ad Network Vs. Ad Exchange Vs. DSP: Why Are They Different?

The technological revolution has introduced many changes to the digital advertising industry. The process has become automated, thus making it easy for advertisers to show their paid ads to the right audience and publishers to earn money by selling ad space.

Back then, there were a lot of human negotiations before advertisers could publish their ads on select websites or other online properties. The whole process was cumbersome and costly.

But everything changed when programmatic advertising came to be. Automatic ad placement replaced manual negotiations. Advertisers could reach their users more effectively because of advanced targeting. Publishers could also earn more by availing their ad inventory to more advertisers.

Many ad technologies, such as ad networks, ad exchanges, and DSPs, were introduced to streamline the media buying process. Despite the resemblance in their purpose, these technologies have distinct roles in the paid advertising ecosystem. This article looks at their differences to clear the confusion.

What are ad networks? 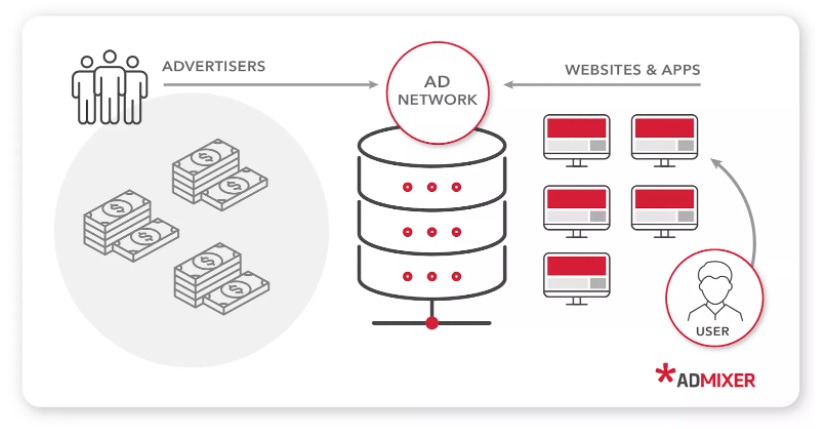 Ad network meaning: An ad network is an aggregator that brokers deals between advertisers and publishers in the programmatic marketplace. They represent media owners in the advertising space, group their ad inventory, and sell it programmatically through auctions. Their introduction in the digital advertising space solved major scaling problems by eliminating face-to-face negotiations and the manual insertion of orders.

Ad networks gather ad inventory from suppliers – websites, apps, streaming services, etc. – and match them to advertisers who need to show their ads to appropriate audiences. The network’s algorithm manages the ads according to an advertiser’s targeting criteria and budget. Ad networks also act as a commercial intermediaries, monetizing the supply side by offering the best ad placement for the demand side.

Ad networks segment the ad traffic they acquire from publishers and sell it to advertisers based on CPM (cost per thousand impressions) or cost per click (CPC) models. This arrangement allows advertisers to get the exposure they need, and publishers earn extra revenue.

But things weren’t as smooth during the first days of ad networks. This was because most networks kept their publisher network private, and most times, advertisers had no idea of the sites that would host their ads. More often than not, brands end up being associated with low-quality websites that hurt their image more than anything.

As the industry developed, more ad networks were launched, fragmenting the market. Each network brought its publishers, so reaching large audiences became difficult.

Some of the most popular ad networks include: 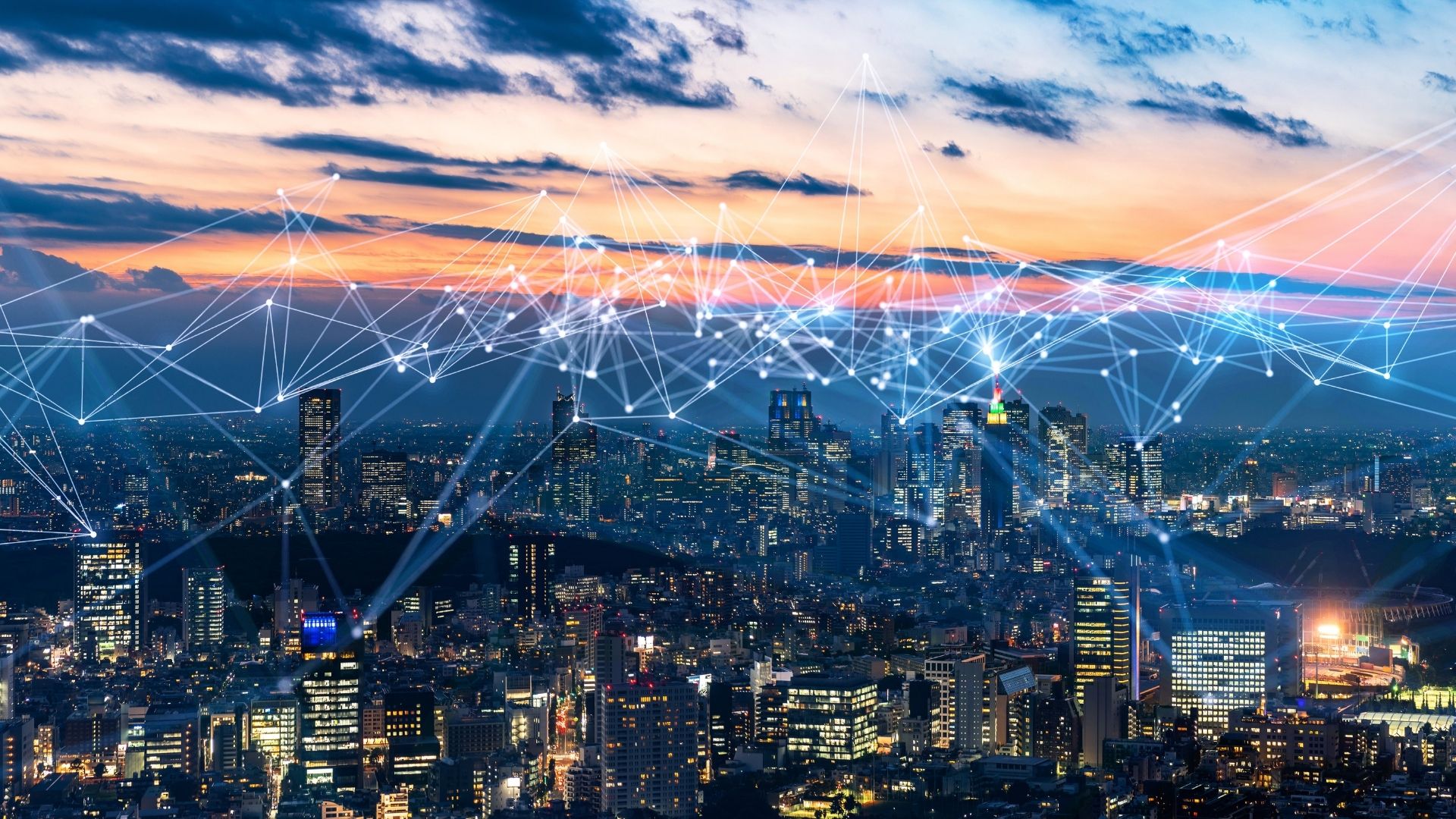 What are ad exchanges?

Ad exchange meaning: An ad exchange is a digital marketplace where suppliers and buyers meet to trade inventory through open auction. Ad exchanges use real-time bidding (RTB) to run the auctions. As opposed to the traditional price negotiation technique of ad networks, ad exchanges are more tech-driven and use their automated systems to streamline the bidding process. They gather ad networks, DSPs, advertisers, and publishers to sell inventory to the highest bidder.

The introduction of ad exchanges has elevated digital advertising to international standards. Traditional ad networks were limited in scope and couldn’t provide scale to global advertisers who wanted to reach diverse audiences across different geographical locations and content niches. Ad networks also had issues with integrations and trading ad inventory with external sources.

With the help of ad exchanges, publishers have been able to maximize their traffic inventory and earn extra income. Advertisers have also benefited from the enhanced transparency that ad exchanges provide. As such, they have been empowered to buy traffic from multiple publishers without negotiating with each of them individually.

But even with all these impressive features, ad exchanges still aren’t perfect. With all the ad impressions that flow through these virtual marketplaces each day, tracking all the sellers and buyers on the platform becomes difficult.

In the ad network vs. ad exchange debate, ad exchanges are your best choice if you want to know where your paid ads are displayed and at what cost. They give you a transparent view of where your traffic is coming from and the quality of the sites your company is associated with. Additionally, they give you more control by allowing you to blacklist the websites and audiences that aren’t ideal for your brand marketing. 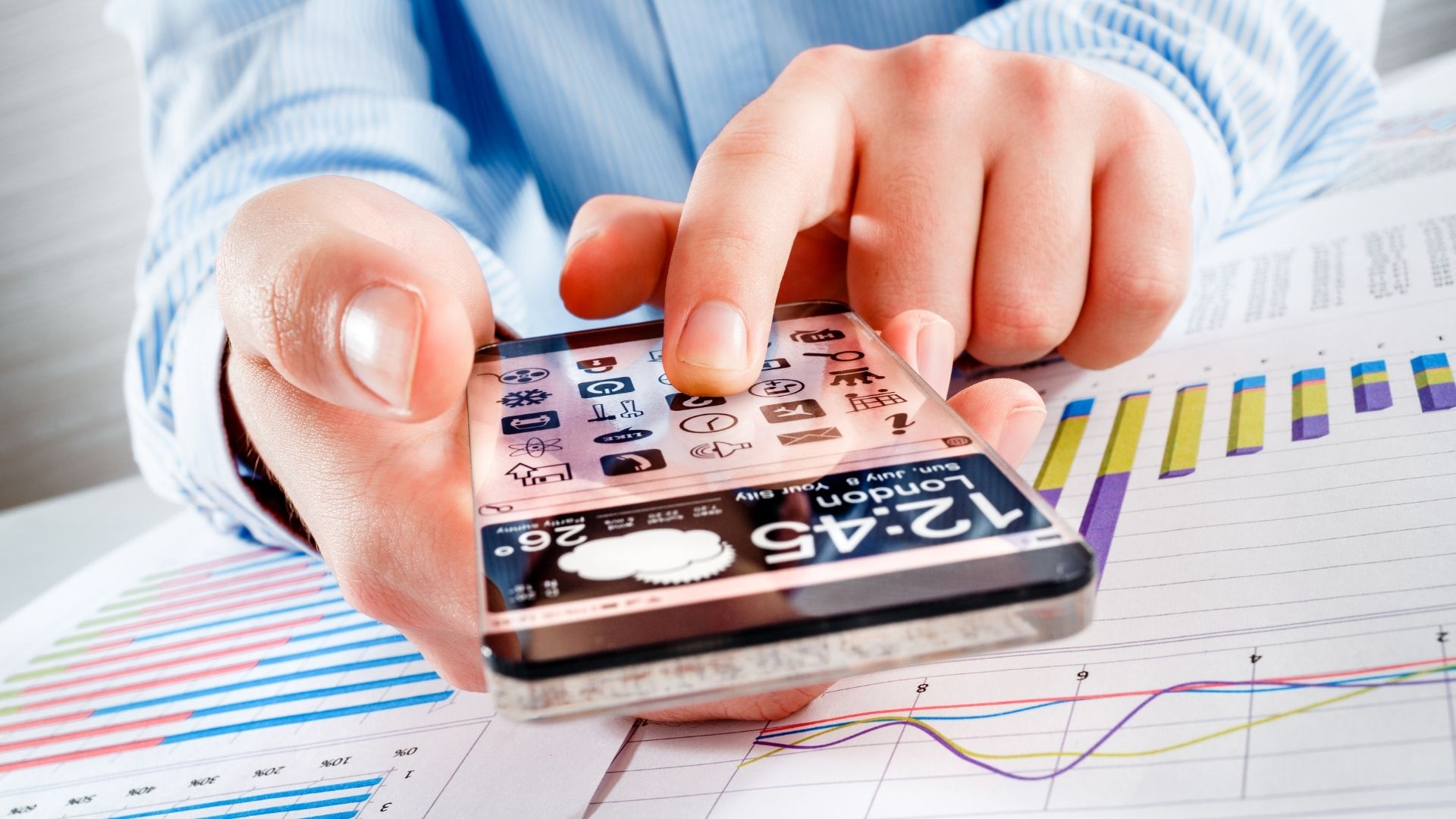 A demand side platform (DSP) is an advertising software used by advertisers to buy ad space through real-time bidding. It allows them to acquire advertising space from multiple suppliers simultaneously, including ad networks, ad exchanges, and individual publishers. DSPs group all the available suppliers on one side to simplify buying ad inventory for advertisers. 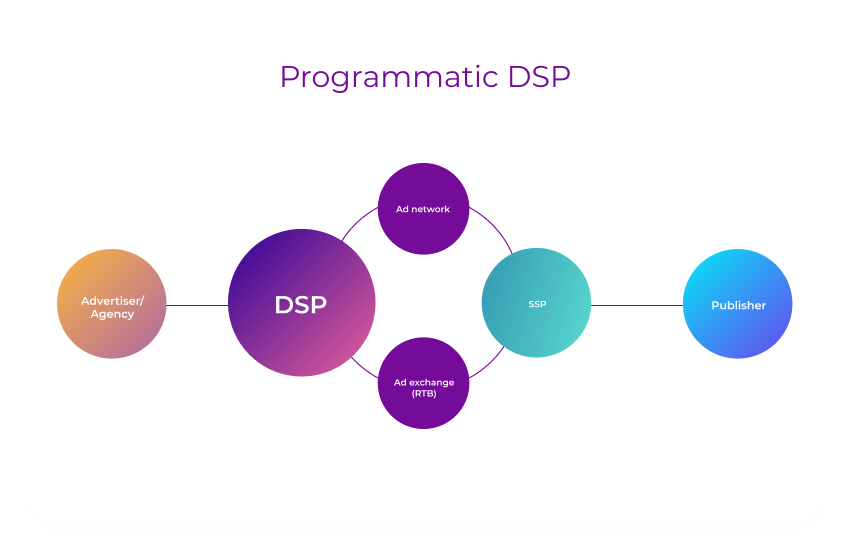 By automatically allowing advertisers to buy advertising space, DSPs have eliminated salespeople and manual negotiations from the whole process. It now takes shorter (milliseconds) to buy ad inventory, and the platform’s traffic segmentation allows advertisers to buy traffic based on location, demographics, and previous browsing behavior.

The bidding process occurs through ad exchanges where publishers list their ad inventory. The DSP then decides which advertising space to acquire for the advertisers and buys them through real-time bidding. The whole process happens in milliseconds at the time when a user loads a webpage.

To reach your target users effectively with digital advertising, you should consider moving to a demand-side platform. Programmatic advertising with a DSP allows you to manage several ad exchanges on one platform. It also provides practical tools to improve your campaign, such as contextual targeting, retargeting, and capping. This way, you are sure you won’t waste your advertising budget on ad exposures that bring little to no returns.

Check out our blog, Programmatic Advertising Explained: 10 Steps to Succeed, to learn how to run an effective ad campaign with a DSP. 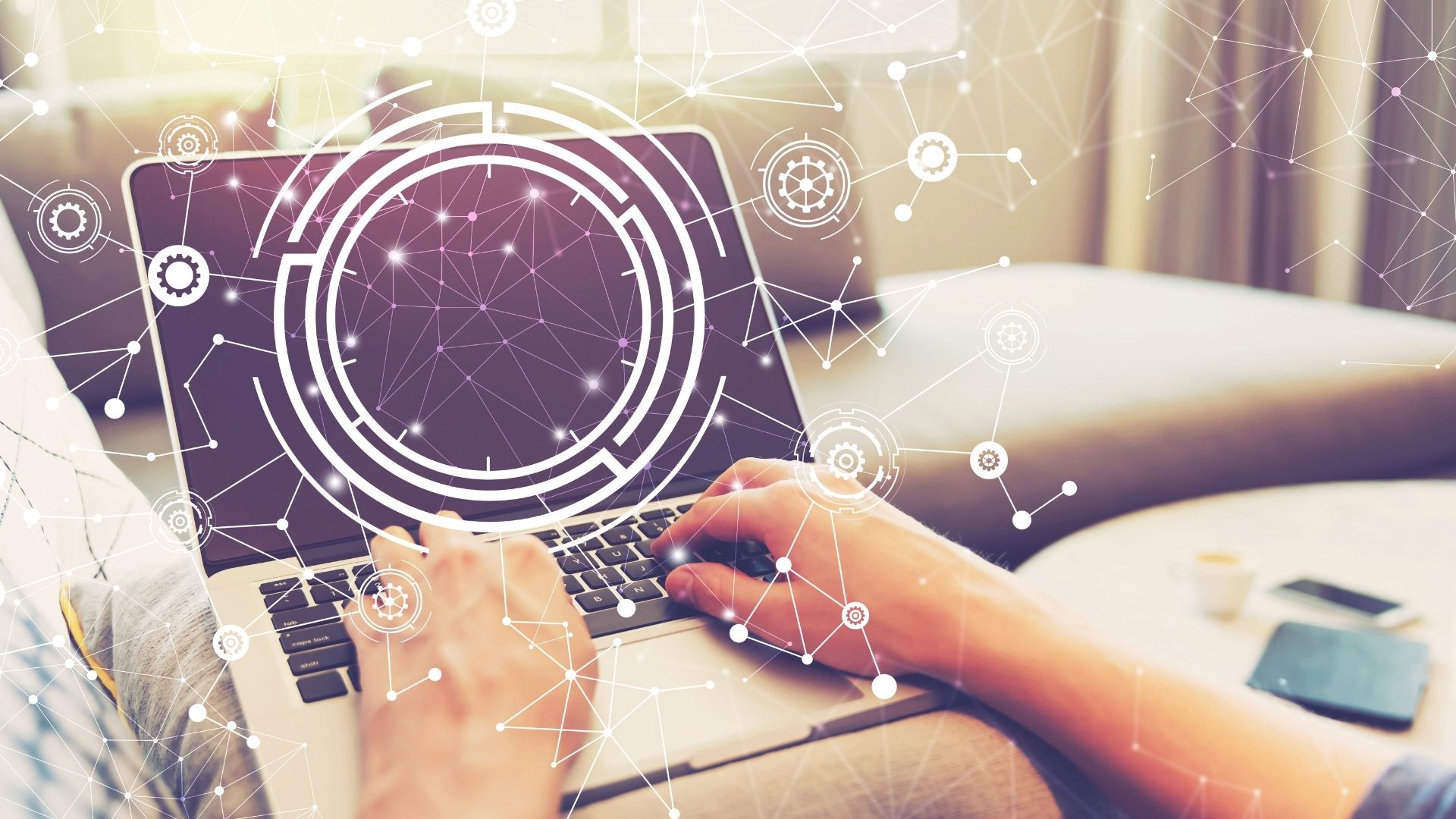 Below, we summarize the major differences between ad networks, ad exchanges, and DSPs.

Ad network: Lacks transparency because both advertisers and publishers don’t know who they are dealing with.

DSPs: Offers more transparency since media buyers can choose the sites to buy inventory from. 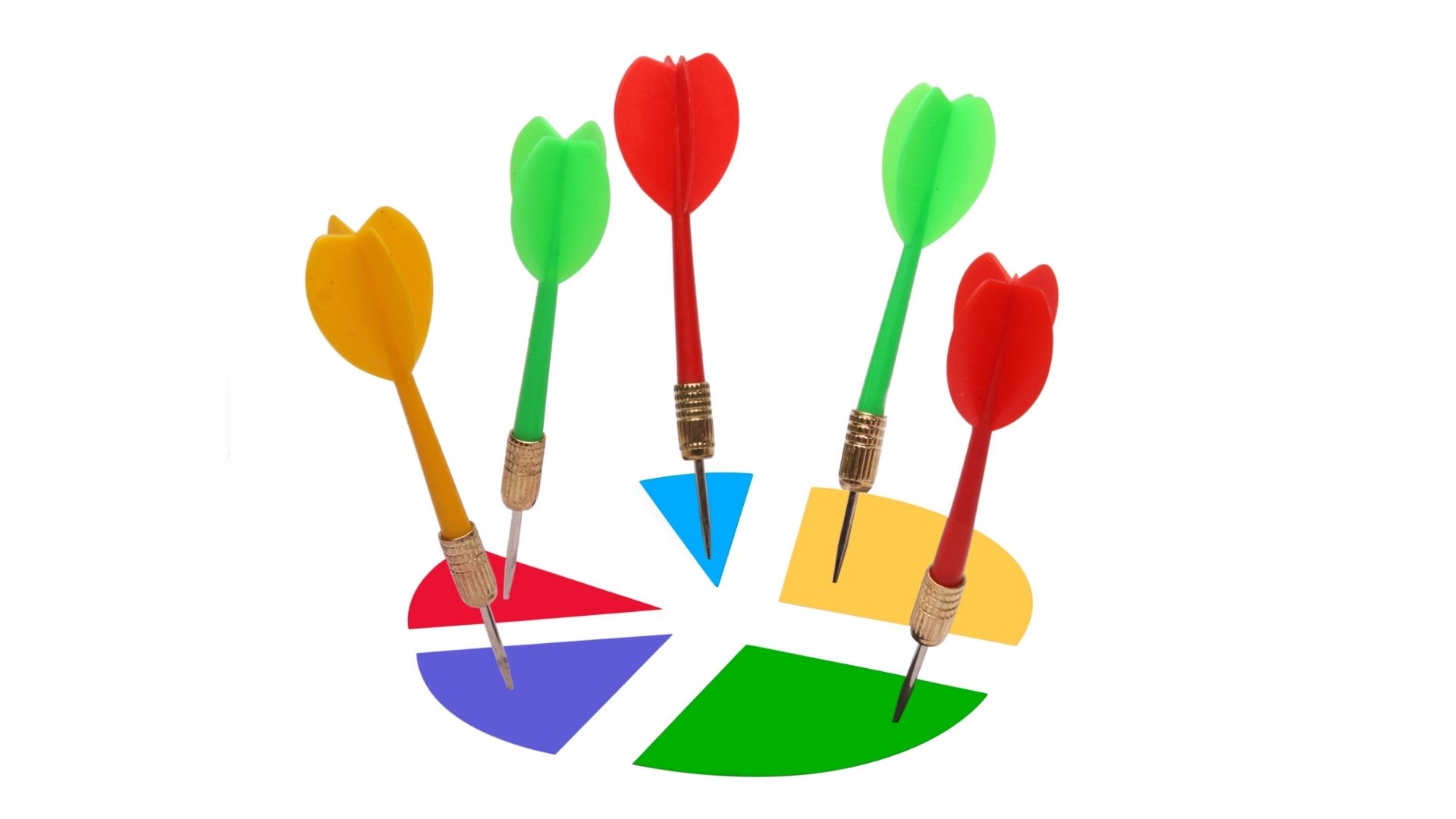 So, after analyzing these digital advertising platforms, you might be wondering which is the right one for you. As technology advances, the differences between ad exchange vs ad network vs DSPs are fading. Today, we have ad networks that have incorporated some of the tools that make DSPs appealing, such as audience targeting, a bidding system, and impression capping.

As you can see, there aren’t many differences between the platforms. Also, we have DSPs that involve themselves with buying, collecting, and selling ad inventory to advertisers at a premium. As such, your choice will depend on your immediate needs and budget.

Get in touch for expert advice on the best paid advertising strategies for your business.

Book in a Free Consultation